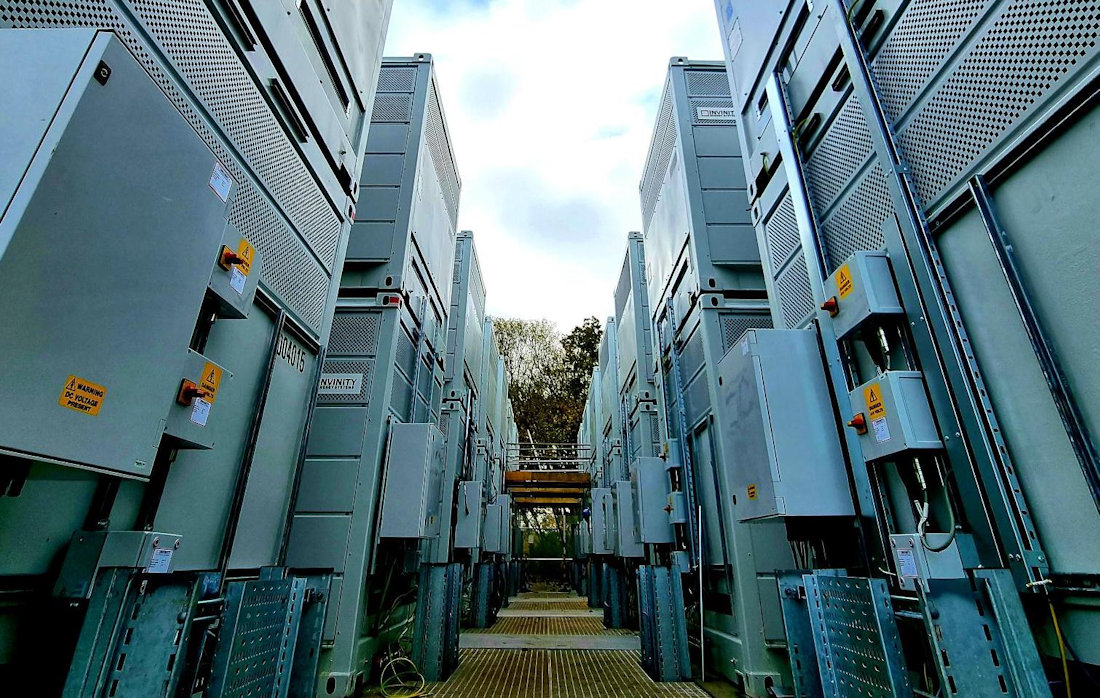 Energy Superhub Oxford (ESO) is gearing up for a massive year as the project becomes fully operational. First up is go-live for the 2MW/5MWh vanadium flow battery, supplied by Invinity Energy Systems, which will combine with the 50MW/50MWh lithium-ion battery at Cowley to create the world’s largest hybrid battery.

In the hybrid energy storage system, Invinity’s vanadium flow batteries are used to ‘front-end’ the battery, acting as a first line of response when the system is called into service; only after the required response exceeds the capacity of the Invinity battery does the lithium-ion battery get called into service.

Since Invinity’s flow battery does not degrade with use and can cycle indefinitely, it performs much of the ‘heavy-lifting’ required from the system while reducing wear on the lithium-ion battery. Invinity is now working with battery trading optimiser Habitat Energy and power electronics supplier Gamesa Electric on the final integration and commissioning of the battery ahead of launch.

The lithium-ion battery went live in June last year and has been providing vital flexibility to help National Grid manage the volatility seen in energy markets in recent months.

Meanwhile, the ESO team have been busy installing the underground cable which will carry power from the transmission connection point at National Grid’s Cowley substation (shared with the battery) to Redbridge Park & Ride, providing up to 10MW of power to support the growing need for EV charging locally for decades to come.

The charging hub is due to open in Spring this year and will initially feature 40 fast to ultra-rapid chargers:

The combination of fast and ultra-rapid chargers is designed to meet the needs of different users, so drivers can charge and be on their way in minutes (if they are driving past Oxford, working and in need of a quick top up charge during the day, or one of the many Oxford residents who don’t have access to off-street charging for example) or over a period of hours while they visit the city centre.

Work is already underway to install Fastned’s trademark solar canopies at the site so it’s only a matter of time before the site is open to the public. Watch this space!