Energy systems around the world are going through a phase of rapid change. However, the concept of energy transition isn’t new - society has seen many changes associated with energy over time. In the UK, the Industrial Revolution saw a shift from an energy system primarily reliant on traditional biomass and other renewable sources (e.g. wind, water, muscle power) to an industrial system reliant on steam power fuelled by coal. Before the 1950s most energy systems relied on local rather than the global energy networks that are available today.

These transitions have been largely driven by opportunities unlocked by newly available fuels, together with the development of technologies and markets seeking to exploit them. The changes generally built on existing behaviour rather than changing it and took decades to take place.

Smaller scale, decentralised technologies associated with solar, wind, storage, sensors and control systems are developing at a much more rapid pace than larger scale infrastructure. There are also considerable market opportunities associated with the transition, with an estimated 2 trillion dollars a year to be invested globally in the transition to low carbon power, transport, heat and localised, digitally-connected energy systems.

This could allow a transition to smart local energy systems to occur at pace, driving an energy revolution characterised by 4 Ds: Utility 2050: Regulation, investment, and innovation in a rapid energy transition 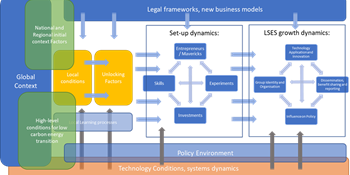 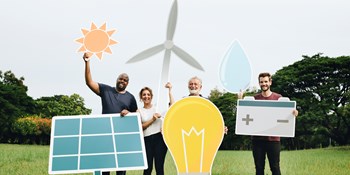 The need to limit global warming to 1.5°C is driving a shift toward renewable energy generation. Traditionally power stations have relied on the combustion of carbon-heavy fuels like coal and oil which have negative environmental consequences. Switching to low and zero-carbon energy sources such as wind, solar, hydropower and biomass has started of reducing the carbon-intensity of the energy used.

Declining costs and increased performance of information and communications technologies is enabling the development of different combinations of technologies. Digitalisation can assist with a greater need to understand system performance in increasingly finer detail for grid balancing.

Renewables are less energy dense than more traditional forms of energy generation such as power stations and are more modular and flexible. Energy storage is also enabling decentralisation as it can smooth out peaks and troughs of intermittent energy supply from renewables.

Smaller-scale energy assets open up opportunities to promote civic engagement and provide new roles and pathways for citizens and communities to engage with their energy systems.

The EnergyREV Consortium has been formed to help drive forward research and innovation in Smart Local Energy Systems.

It supports the wider Industrial Strategy Challenge Fund’s programme on Prospering from the Energy Revolution through its activities in 6 key Themes:

Reveal how user preferences and practices evolve over time in relation to local energy systems.

Capture and synthesise knowledge from all aspects of the value chain, utilising learnings.

Understanding potential constraints that can prevent scale up of local energy systems and solutions to overcome them. 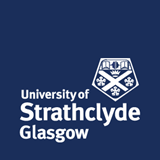 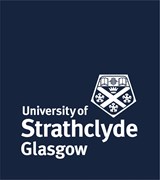