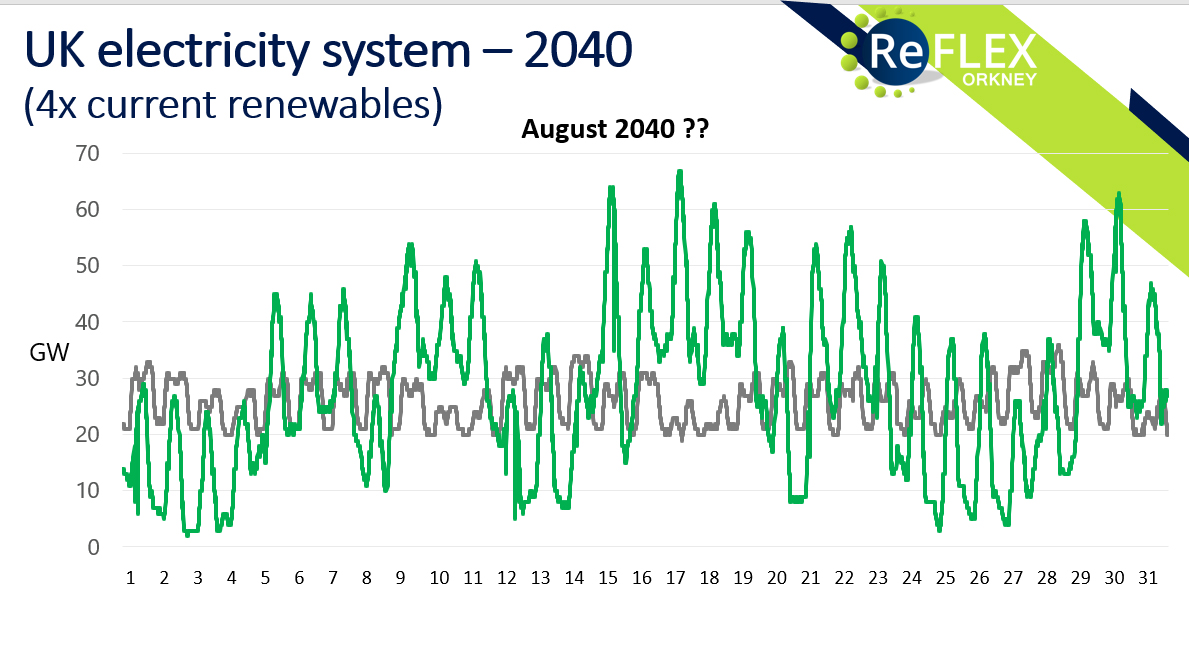 When we started the ReFLEX project in Orkney it marked a major milestone in the development of the future energy system for our islands.

For many years the ReFLEX partners had worked separately on various projects to decarbonise - even before that really became a word. All partners have been active participants of Orkney Renewable Energy Forum for many years but creating the ReFLEX consortium instigated a step-change in our collaborative efforts. Knowing each other is not the same as working together and we quickly found that we each had many other useful facets and experiences to bring to bear.

Lesson 1 of collaboration: when you begin to collaborate you find there is more to do

We had a very clear picture of what we needed to do. The title of the project comes from the introduction of Responsive FLEXibility in the electricity network: a network increasingly dominated by renewable generation. We could see that the position Orkney was facing of having renewables standing idle due to inadequacies in the grid was something that was going to be facing the rest of the UK soon. One of our partners (Solo Energy) very clearly articulated this problem by taking existing UK generation statistics and quadrupling the amount of renewables on the network. The resulting graph looks uncannily like the commonly viewed graph of Orkney's generation today (we’ve been generating over 100% of our electricity demand from renewables since 2013).

Lesson 2: Don't be afraid to explain your views graphically and publicly

As we have worked out the details of the ReFLEX project, additional complexities have been unearthed: in part these are due to the natural discovery of detail, in part they are due to business changes and in part they are due to regulatory shortcomings. It has been a surprising experience to discover how disconnected the energy regulator seems to be from some elements of government policy around decarbonisation. The largely unheralded introduction of charging reviews had a fundamental effect on the viability of the ReFLEX project. I have to say that the Monitoring Officers for UKRI have been extremely supportive and understanding of the responses we have had to make to these unplanned and unexpected changes to regulation. However even with their great support the unalterable fact is that OFGEM have changed the rules part way

Lesson 3: You cannot rely upon the regulators to do the right thing, at the right time in the right way (for your project)

It has, however, been interesting to see how the imperative for ReFLEX has increased in recent weeks and months. The unremittingly negative reports of climate problems form across the globe perfectly illustrate the fact that business as usual is no longer an option.

The intention of the portfolio of projects funded by PFER are all intended to help drive towards net zero. We all recognise that for there to be a revolution there will have to be change and we all know that regulators are generally set up to prevent this. So, the challenge for ReFLEX and the other projects is going to be how we achieve a revolution without the normal bloodshed that accompanies regime change.

Can this be achieved by staying within business as usual rules? Clearly not.

For change to happen there must be either destruction or reconfiguration. For the planet to survive it is crucial that we have as fast a transition to zero carbon as can be managed. On the basis of what I have seen to date I remain concerned that we are being told we have to cling onto pre-revolutionary behaviours when in our hearts we know we are going to have to let go and make the leap.

We’re in the process of making that leap in Orkney with ReFLEX, and once we demonstrate what the future needs to look like, we’ll be sure to share it with you.